It was forty-two years ago today, that Disney World opened its doors to the Magic Kingdom in Orlando, Florida.

Entrance into Magic Kingdom.  Believe it or not, I took this photo with my iPhone.

I happen to believe that Disney World is one of the most magical places on earth. Honestly – it’s ruined most other theme parks for me because I’m always comparing it to Disney.

I’ll never forget taking my kids to a regional (not Disney) theme park.  They were so excited to meet one of the characters.  (Hint:  A big cat that has a yellow bird for a nemesis.) Anyway – I took one look at the white gloves that were an unsightly shade of gray, and the brownish, gray spots on the off-white (aka dirty-white) costume and was skeeved out.  I wished I could’ve marched them in the opposite direction, but it was too late.  The kids were already bee-lining it over to him.  Before I knew it, that icky gray glove was patting my kids’ heads and my kids were hugging the dirty cat.  I think I’m scarred for life.

Thank goodness we live less than eight hours away from Disney, so it’s an easy drive for us and we try to go every year.  In fact, me and the fam just returned from our latest adventures at Disney World.  Here’s a little glimpse into our Disney fun: 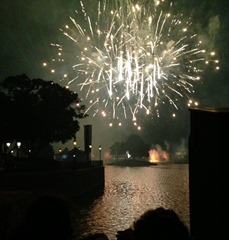 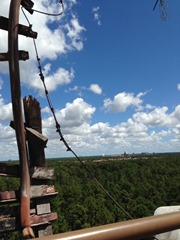 View from the first car of Expedition Everest.  I thought it was cool because you could see our hotel in the distance. 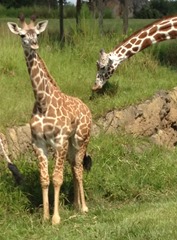 Baby giraffe on the Kilimanjaro Safari in Animal Kingdom. 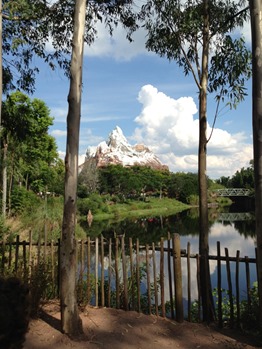 This is a shot of the Everest ride in the distance.. 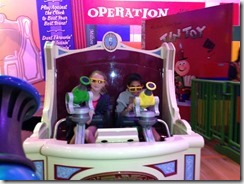 Toy Story Mania – one of our favorite rides 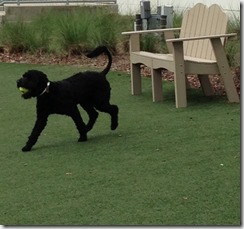 Even @FergiePaws got to come on our adventure.  She stayed at the kennel on Disney property and
everyday we came to “spring” her for some playtime in the dog park. 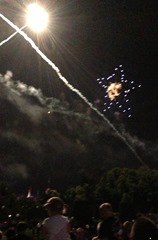 Wishes – my favorite fireworks show at Disney.  This isn’t my best camera work –
but you can make out the cool firework in the shape of star. 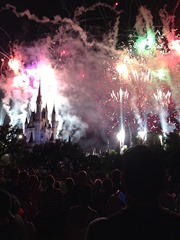 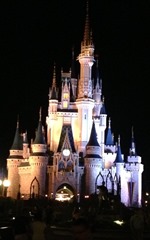 The Castle – at night.  One of my favorite scenes of Disney, but I have never been able to take a
photo that captures the awe and magic I feel when I look at it in person.